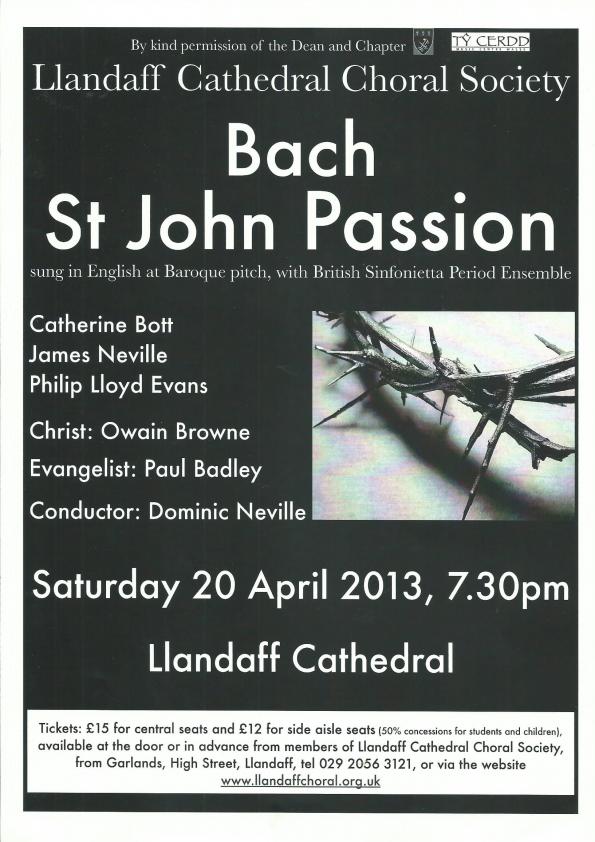 In its 75th anniversary year, this performance marked a strong association between the Society and the St. John Passion, it having been performed a number of times. In 1996, for example, it had been given under the baton of Avril Harding and with Ian Bostridge giving his first ever performance as the Evangelist.

On this occasion, Paul Badley played the role with Owaine Browne as Christ and Catherine Bott singing soprano, James Neville counter-tenor and Owen Webb baritone. Ben Tomlin sang the role of Pontious Pilate. The orchestra was the British Sinfonia, led by Andrea Jones.

The programme notes announced the appointment of Alex Thacker as LCCS Associate Conductor.