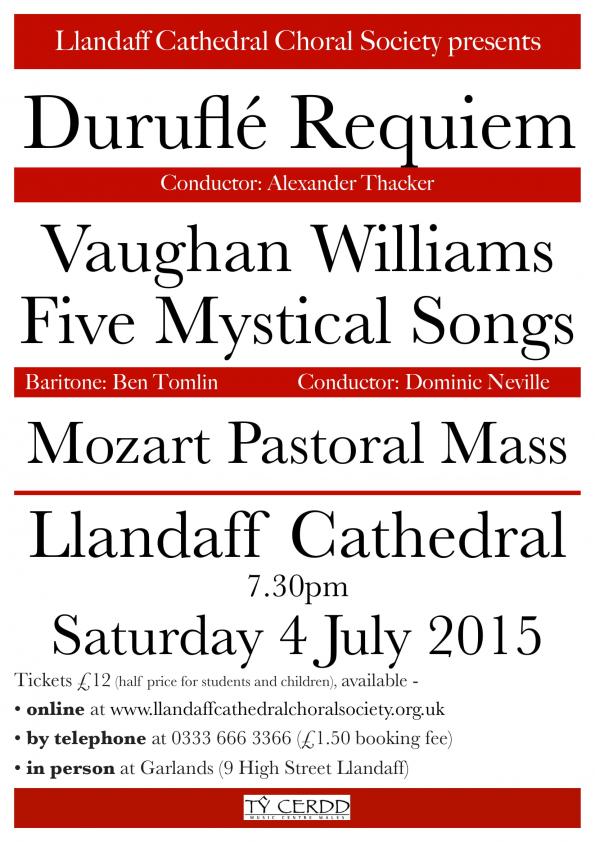 Presented as Music for a Summer’s Evening, this concert featured the Missa Brevis by Mozart, the Duruflé Requiem and Five Mystical Songs by Vaughan Williams. The Missa Brevis was first performed in March 1773, with this performance featured LCCS choristers Sarah Griffiths, Michael Ford and Philip Coles amongst the soloists. The Duruflé was premiered in 1947 and combines ‘ancient Gregorian chant …with rich post-impressionist harmony and modality’, while the Five Mystical Songs combines the music of one of the great British composers with the words of poet George Herbert.