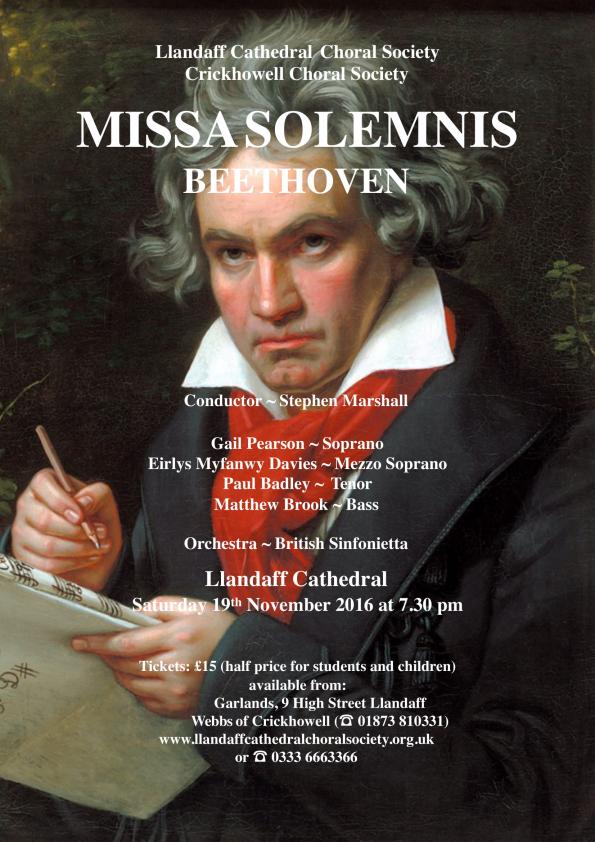 Beethoven’s solemn mass in D major was the third collaboration between the Society and the Crickhowell Choral Society and on this occasion the combined choirs were conducted by the latter’s musical director, Stephen Marshall.

The Kyrie and Gloria were given in the first half and then the Credo, Sanctus-Benedictus and Agnus Dei in the second.