Music for a Jubilee 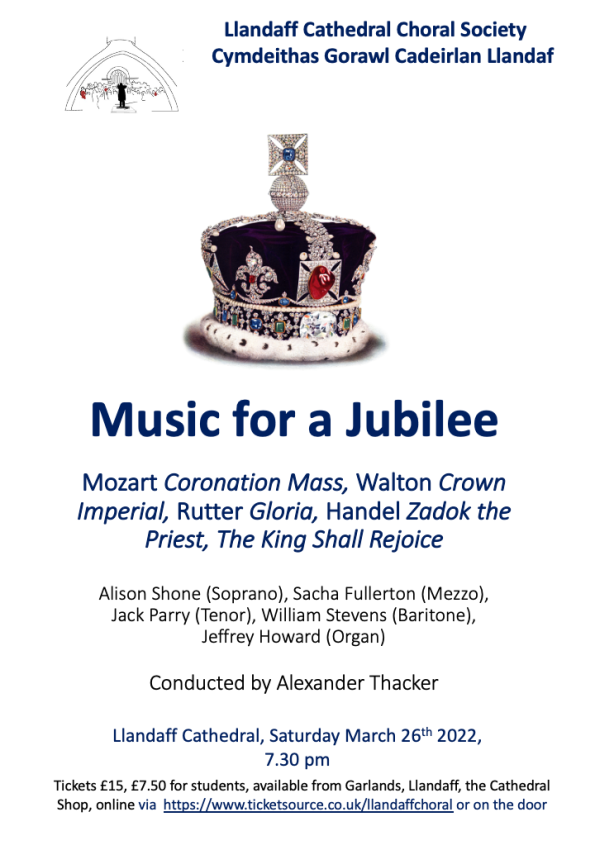 Music for a Jubilee

Philip Lloyd Evans: Baritone (Philip was a late replacement for Will Stevens, who was indisposed)

This was LCCS's first live concert since the onset of the pandemic. A joyful performance in front of a large and appreciative audience saw the choir perform a number of pieces to celebrate the Platinum Jubilee. Jeff Howard was once again our brilliant accompanist, delivering a virtuoso performance of Walton's Crown Imperial. Rutter's Gloria was included as an additional offering, having originally been scheduled for inclusion in the cancelled December event.